In the first part of this introduction to Redux we talked about specific Redux things like actions, reducers and the store. So far we just applied these abstract things to our Silly App you probably know by now. However, nothing has been said about coupling Redux to React which is in fact the fun part since this will make the application do something.

After a short reminder of actions, reducers and the store I’ll jump into connecting Redux to React in this post.

Basically everything a user of the app does triggers an action. An action is nothing more than a plain JS object with information about what happened. Sometimes additional data is sent along but this is not required. We implemented an action that only contains a type (this field is mandatory) to let the store know that the user clicked our button.

The store makes sure that the reducer is called with the current state and the action. Based on this input, the reducer returns a new state to the store. The store listens for state changes and consequently the views are rerendered.

There are two questions that come to mind when thinking about the coupling between React and Redux:

In our Silly App we used to have the root component App. The state was initialized in this component and passed down to the child components. Consider the App component as the presentational component, our next step is to create the wrapper container component. We call it Main.

For now don’t bother about the routing part of the state, this part comes from the routerReducer that couples React Router to Redux.

What we are after is mapping the state above into a props object we can pass to the App component, we just want to be able to call this.props.count and this.props.view.

We should create a function mapStateToProps that takes the state and returns an object. This object will be accessible as this.props in the presentational components. In our example the function looks like this: 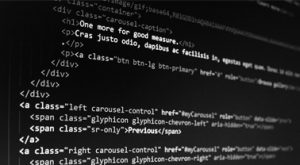 The state is mapped to props, the next step is to do something similar with the actions. The key thing here is that we want to use the action creator, which is a function that returns the action object as an onClick callback in our presentation component so somehow we need to get this function in the props.

Redux has the bindActionCreators function available to help us out. If we create our action generators and make them exportable and we hook up bindActionCreators correctly, the actions are automatically dispatched once we use them from the props. It’s like magic!

So, in the example, our mapping function looks like this:

Here, actionCreators are imported from the actions.

So we have the mapping functions for state and actions in place. What remains is connecting this to the presentational component. As mentioned before, the react-redux package has a function connect which does exactly that. The connect function accepts the two mapping functions (first state, second actions) and the presentational component is passed to the result. The end result is the container component we export.

The last thing to do is replacing the App component with the Main component we just created in the root index.js file. By adding a bunch of logging statements to the code you can see that the state and the actions are passed downwards to all of the components that use them to render and set the callbacks.

For the very simple Silly App it is probably not necessary to use Redux to control the state. However, with such a simple app you can easily see how it works. From here you can extend and scale up the app. A good starting point would be to add more information to the state. If this information can be considered independent from the current state, splitting up the reducers in even smaller parts is a good idea. Another interesting point is the use of asynchronous actions. These will let you make requests to the server in a convenient way. Middlewares will come into play and make the code more interesting!

2 thoughts on “Coupling Redux to React”